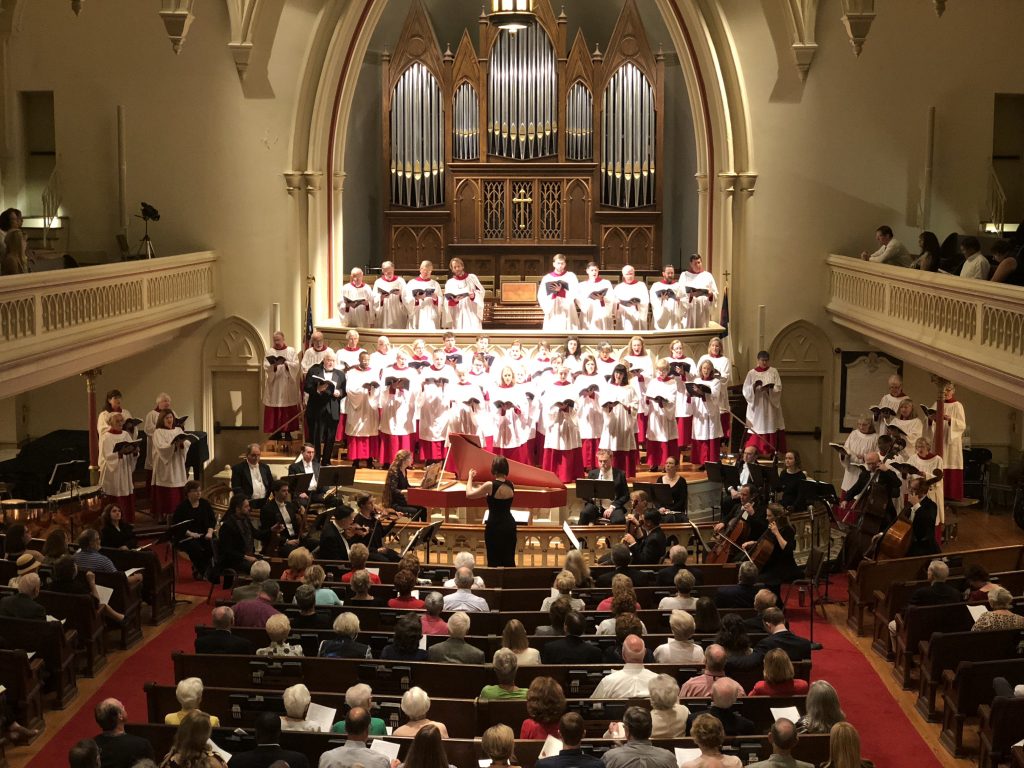 Thank you for supporting the tradition of beautiful, sacred music in our historic church.

PIPE ORGAN WEEK
A Series of Half-Hour Recitals CELEBRATING THE KING OF INSTRUMENTS
Sponsored by The American Guild of Organists, Savannah Chapter

May 19, 2018
Gloria in Excelsis Deo from Mass in B Minor by Johann Sebastian Bach.

In celebration of Wesley Monumental’s 150th anniversary, the Wesley Chancel Choir performed Johann Sebastian Bach’s magnum opus, Mass in B Minor.  Due to its extreme difficulty, opportunities to hear the Mass in its entirety are rare.

Since our church is well known in the area for its excellence in sacred music, we wanted to celebrate our 150th anniversary with a monumental piece of music.  This was the first performance of the Mass by a Savannah choir.  The Wesley Chancel Choir is all volunteer, and spent almost two years learning the Mass in B Minor, in addition to learning music for weekly services.  Choristers carried their Bach scores with them all over town and studied at every opportunity.  We even had a Bach Mass Study Party a local restaurant.  Choristers frequently prayed for divine assistance.  Once, a chorister left his Bach score in his car.  Someone broke into his car and stole everything except his Bach score.  We knew then that God was with us!  For a truly monumental sacred music experience, watch the entire performance here.

If you would like to hear more of the Wesley Choir, you’re invited to attend our weekly Worship Service at 11:00 AM.