Described as a “bold and virtuosic interpreter” whose “every musical strand is remarkably clear, inventive, and resourceful” (Piccolo Spoleto Festival), Dr. Monica Dekle is a prize-winning, nationally recognized musician. She returned to her home state of Georgia in August 2011 with her appointment as Director of Music and Organist at Wesley Monumental United Methodist Church in Savannah, and she served as Chorusmaster of the Savannah Philharmonic Chorus from 2014 – 2018.  At Wesley, she provides organ music for weekly Services and directs the Chancel Choir, Youth Choir, and Children’s Choirs. Under her leadership the children’s choral program at Wesley has grown to 120 choristers, and the Chancel Choir has sung Services at such notable places as Notre Dame Cathedral and Cologne Cathedral. In May 2018, the Chancel Choir sang Johann Sebastian Bach’s magnum opus, the Mass in B Minor, with orchestra in celebration of Wesley Monumental’s 150th anniversary.

Monica earned the Doctor of Music degree, summa cum laude, at the world-renowned Indiana University Jacobs School of Music with double majors in Organ and Church Music and double minors in Choral and Instrumental Conducting and Music Education. While at I. U. she taught courses on faculty as the Associate Instructor of Organ and Church Music. She holds the Master’s degree in Organ and Church Music from Baylor University in Waco, Texas and the Artium Baccalaureus degree in Organ, Piano, and Accounting from Wesleyan College in Macon, Georgia. She received the 2019 Young Alumna award from Wesleyan College for achievement in her profession and contributions to the community.

Monica has won prizes at the national level including the National Young Artist Competition in Organ Performance, the Rodland Church Music and Organ National Competition for three consecutive years, the Albert Schweitzer National Organ Competition for Young Professionals, and the Arthur Poister National Competition in Organ Playing. She also received the National Music Week Alliance Award for demonstrated excellence in music. At the state level, she has received the Music Teacher’s National Association Achievement Recognition Award, the Steinway Society Award presented by the Steinway Galleries of Atlanta, and she is a past winner of the Georgia Music Hall of Fame Talent Search and the William C. Hall Pipe Organ Competition in Austin, Texas.

Monica has concertized across the United States in notable venues including most recently at Methuen Memorial Music Hall outside of Boston. In addition to her musical interests, she loves running, having twice run the Chicago Marathon for the American Cancer Society.  Monica’s greatest accomplishment is marrying her husband Andrew Dekle, an attorney at Bouhan Falligant.  Their son, Remington, is the joy of their life. 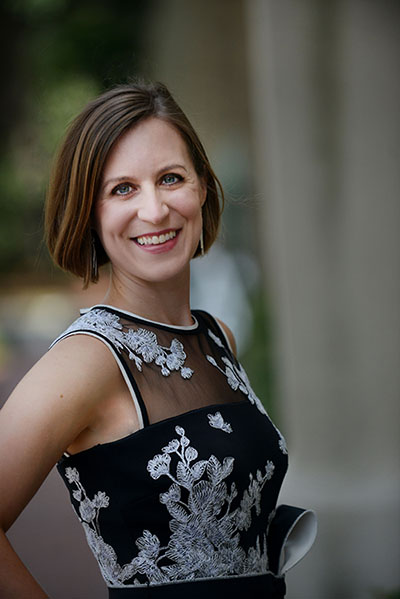